Welcome to MUSINGS FROM (A)BROAD

Can I write what I truly think…or will I self edit and then lose the ability to tell the truth…as I see it…and who the heck cares?

Will I now have two sets of musings? One set on the web…and the other safely hidden in my private journals? I don’t know yet – I guess we’ll have to see. Maybe I’ll just ponder on the meaning of “musings” and be happy with that. In which case you can spend your time doing something more instructive and (a)musing.

We had to get a goddess in there somewhere! Which one shall we choose? 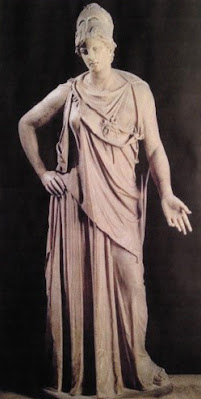 Wouldn’t you rather spend some time with this gal?

Thalia - Thalia (/θəˈlaɪə/; Ancient Greek: Θάλεια, Θαλία; "the joyous, the flourishing", from Ancient Greek: θάλλειν, thállein; "to flourish, to be verdant") was the Muse who presided over comedy and idyllic poetry.

She was portrayed as a young woman with a joyous air, crowned with ivy, wearing boots and holding a comic mask in her hand. Many of her statues also hold a bugle and a trumpet (both used to support the actors' voices in ancient comedy), or occasionally a shepherd’s staff or a wreath of ivy.

Musing: Various Definitions from a Google Search – take your pick…and my “musings” may be meditative, thoughtful, astonishing or a “waste of time," literally "to stand with one's nose in the air" (or, possibly, "to sniff about" like a dog who has lost the scent)!

a goddess that inspires a creative artist, esp a poet

C14: from Old French, from Latin Mūsa, from Greek Mousa a Muse 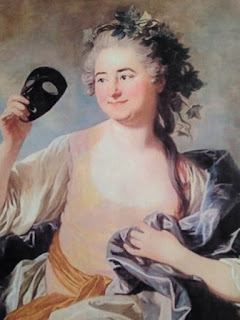 "to reflect, to be absorbed in thought," mid-14c., from Old French muser (12c.) "to ponder, dream, wonder; loiter, waste time," literally "to stand with one's nose in the air" (or, possibly, "to sniff about" like a dog who has lost the scent), from muse "muzzle," from Gallo-Romance *musa "snout," of unknown origin. Probably influenced in sense by muse (n.). Related: Mused ; musing.

This is all probably more than you ever wanted to know about muses and musing – but I was curious and there you have it! 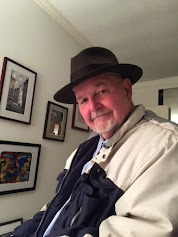